Schoharie’s capital repair and renovation project was approved by the district’s voters in May 2017 to both address needed repairs to school buildings and align them with the educational needs of students today and into the future. Work continues on the project, which will make Schoharie schools a safer and more efficient and effective learning environment. Updates are posted below.

With more than 83 percent of the $19.8 million capital project covered by state building aid, and with the establishment of a capital reserve fund, SCS will be able to accomplish such goals with minimal impact on taxpayers.

The following is a status update for the district’s ongoing construction project as of the end of July:

Construction has been progressing nicely this last month with multiple areas near completion. All classrooms have now received paint, casework, finish flooring and new ceilings. The 1st floor corridor is ready for finish floor installation while the 2nd floor is receiving the new ceiling system. The dust collector has been set for the wood shop. The fire barrier near the HS gym is ongoing. The demo for the new bathrooms located near the HS gym has begun.

The following areas are substantially complete and are now being utilized by the district:

➢ All Bathrooms are now completed and available to the District

➢ Majority of all the Classrooms throughout the Building

➢ The built–in folding tables have been installed

➢ Floor Finishes to be installed in early August

➢ Ceiling has been installed

➢ Casework has been installed

➢ District has begun to set–up for teachers

➢ New slab has been poured

➢ Walls have been constructed

➢ Final floor finishes to occurat the end of August

➢ Demo for the new bathrooms near the HS Gym has started 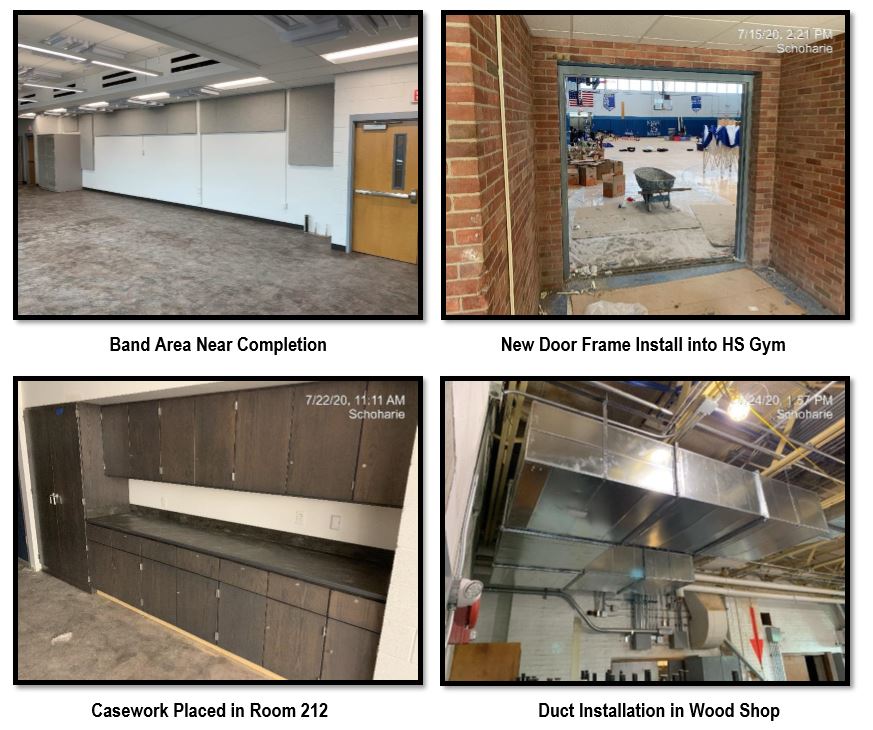 The following is a status update for the district’s ongoing construction project as of late June:

Multiple areas are being finishes as construction has ramped up with no school in session on-site and the state slowly opening back up. Tile work in the corridors on the first floor is substantially complete with tiling continuing into the stairwells. New ceiling systems are being install in corridors on the first floor as well. New classroom soffits to accept the full windows are in place. Mechanical, electrical, and plumbing rough-in is substantially complete in the corridors on both levels. Collett Mechanical has set 3 more Roof Top Units and have staged for the final 3.

The following areas are substantially complete:

➢ Punchlist will be established in early July

➢ Heating panels have been installed in the Quiet Study

➢ Furniture is on-site and ready for placement

➢ Rubber floor base needs to be installed

➢ Punchlist will be established in early July

➢ Soffits have been installed

➢ Painting to be complete by the end of June

➢ All water coolers have been installed

➢ Painting throughout is ongoing

➢ New doors throughout the project are being installed

The following areas are substantially complete and are now being utilized by the District:

The following is a more detailed update on progress within the various components of the project:

High school basement areas have been gutted, and work is beginning on a future hallway under the original building. 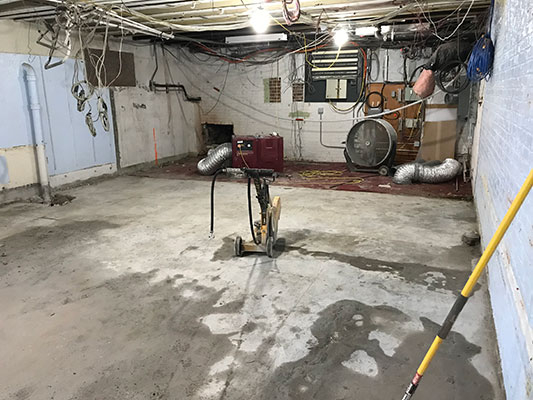 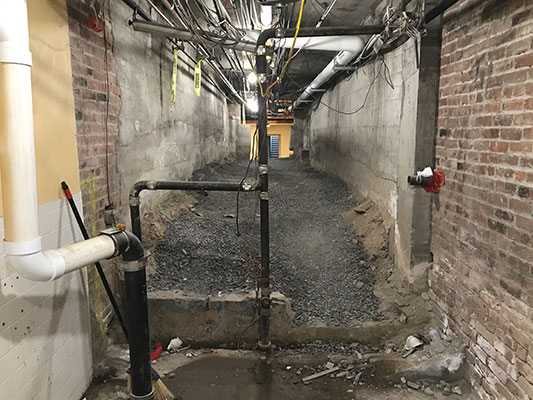 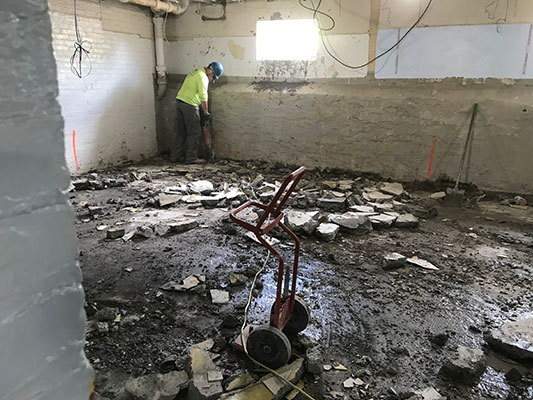 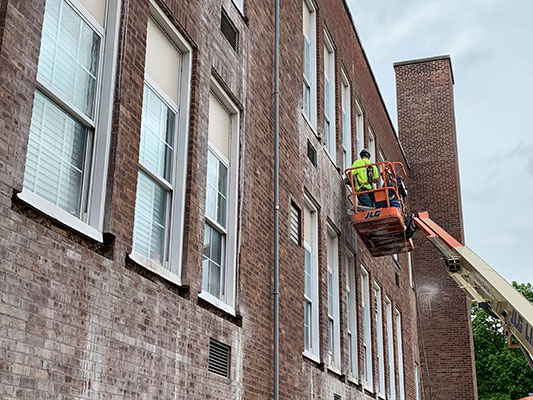 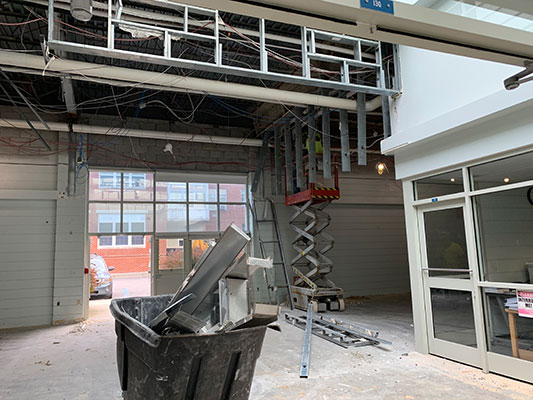 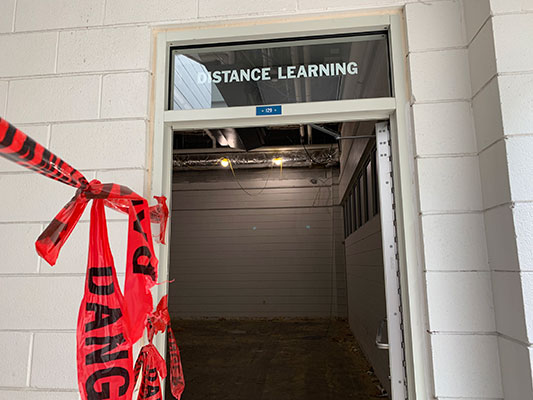 Construction teams have arrived on the high school campus and set up areas for their equipment. Due to construction, visitors to our schools, including those attending after-school sporting events, are asked to avoid parking in the northern lot (parking spaces alongside the technology and agriculture classrooms). Work has begun on ceilings and electric in the high school basement and library, which was relocated to room 201.

Bids were requested and approved by the Board of Education for the next phase of the capital project, with work beginning this spring in the high school.

The district is awaiting approval of the next phase of the capital project by the State Education Department. Once that approval is received, the bidding process will begin.

Security improvements to the elementary, high school and district office areas include a new badge and visitor identification system. All visitors entering main offices are asked for a government ID (driver’s license or permit, military ID, etc.) to insert into the badge system.

The system scans the ID and searches local and government databases, including the sex offender registry. Office staff can view scan results before approving the creation of a dated visitor ID badge.

Phase one of the project is proceeding well. In the elementary school, the fire alarm system has been updated and upgraded, including its electrical panels and main controls, bells and strobe lights.

Plumbing upgrades to the SCS campus include preparation for a new water main and related valve work, and wiring updates for sump pumps for ground water control in the elementary school.

In the high school, two state-of-the-art, energy-efficient boilers and related piping have been installed, replacing boilers that were prone to breakdown and beyond safe repair.

Work has also begun on in the high school basement, where a new hallway will span the length of the original building.

In both schools, the public address and security systems are also being upgraded. A new Voice Over Internet Protocol phone system connects the entire campus with an enhanced emergency call system, in addition to providing needed technological updates.

Asbestos abatement related to phase one has been safely completed, on time and under budget.

Plans for phase two of the project are being submitted to the State Education Department for approval, with work expected to begin this winter.

Phase one is underway, including work on the elementary public address and fire systems and installation of a voice over internet protocol (VoIP) phone system to serve the district.

The Board of Education has approved and the district has awarded bids for capital project work, with phase one to start this summer. At the elementary school, improvements will be made to the public address and fire alarm systems and work will begin on a voice over internet protocol (VoIP) phone system.

The State Education Department has approved the district’s capital project design. Phase one is expected to begin this summer, and bids are being accepted for the work. A special meeting of the Board of Education will be held Thursday, March 22, at 6 p.m. in the high school library classroom to approve bids for the capital project.

A building condition study conducted by independent architectural experts found that many of the building systems in the original 90-year-old portion of Schoharie Jr./Sr. High School are nearing the end of their useful life. Yet the school has “good bones” structurally and has been well maintained by district staff throughout the years. The capital project will focus on repairing, upgrading and updating the high school. 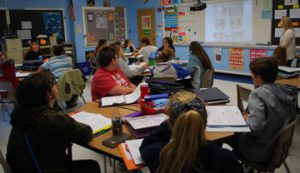 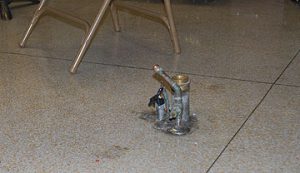 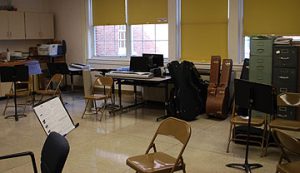 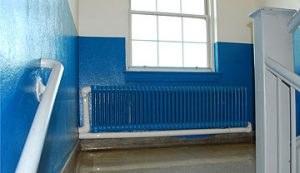 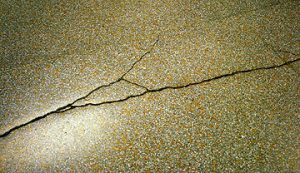 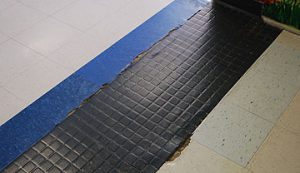 The district also has identified areas needing updates and repairs in Schoharie Elementary School, including the: