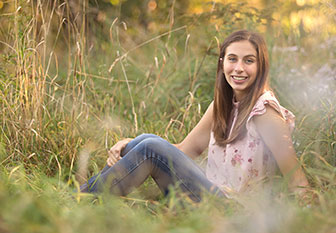 Lily, who was awarded a New York State Scholarship for Academic Excellence earlier this year, plans to major in either chemical engineering or neuroscience at a four-year university after graduation.

At Schoharie High School, she is a member of the National Honor Society and Building Leadership Team and this year was elected president of the Key Club, where she had served for two years as secretary.

She is co-vice president of student government and a member of the Schoharie County Youth as Leaders group. She also has served as a tutor at Schoharie Elementary School.

Lily is active in the SCS music program, plays trumpet in the high school band and has attended the NYSSMA Area-All State Conference all four years of high school. She has also played with the Schoharie Valley Concert band for five years.

Lily has been a member of the high school choir for three years and the select choir for two. She has performed in musicals including “Les Miserables,” “Shrek,” “Curtains,” “Bye Bye Birdie” and “Singin’ in the Rain.” She also helped make the set and played in the pit band for this year’s school musical, “Cinderella.”

Lily is the daughter of Lillian and Lawrence Caza and has attended SCS since kindergarten. Her sisters Grace and Carolyn also graduated from Schoharie.

“I also thank my family for always being there for me and inspiring me to do the best I can.” 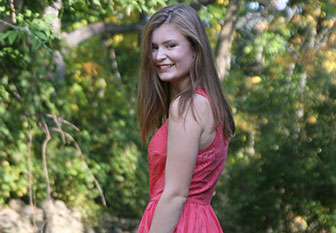 Salutatorian Claire Williams, who was awarded a New York State Scholarship for Academic Excellence earlier this year, has also been recognized with a National Merit Scholar Award.

She has always had a passion for the sciences, particularly biology. After graduation, she plans to major in molecular biology with a minor in chemistry at a four-year university, then earn her Ph.D. and pursue a research-based career.

At SCS, Claire is student government president and has been active in school musicals. She played Madame, the evil stepmother, in this year’s production of “Cinderella.” In 2016, she played Mrs. Mae Peterson in “Bye Bye Birdie.”

Claire is also involved in scientific research as vice president of SUNY Cobleskill’s Crew 008, a Boy Scout Venturing Crew that is researching the population of ticks and Lyme Disease in Schoharie County. The group is also assisting Cobleskill professors with water contamination research.

Outside the classroom, Claire is an avid equestrian who has been riding horses for ten years. She rides at Fairbanks Stable in Richmondville, under the coaching of Faye Benedict.

She and her beloved horse, B.B., compete in hunter/jumper shows during the spring, summer and fall. Claire plans to continue her riding career throughout college and beyond.

Claire’s love for horses extends beyond the saddle, and she has been an active participant in the 4-H horse program. She has competed at the national level in 4-H horse Quizbowl and Hippology, with a 4th place team finish in Hippology in 2015 and a 6th place individual finish in Quizbowl in 2016. She also has won a number of state-level awards.

Claire said she “is very grateful for the opportunities that 4-H has given her to become a better horsewoman, and plans on being an active member of the program throughout her life, as either a coach or a competition volunteer.”