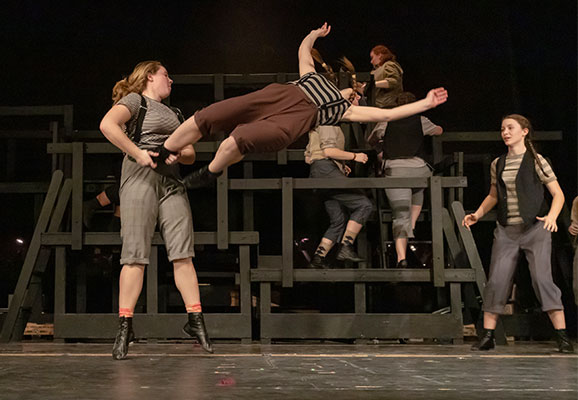 Have you heard the news? Schoharie Central School District’s production of “Newsies” has won Schenectady Light Opera Co. Musical Theater Awards and has been nominated for High School Musical Theatre Awards, with those winners to be announced this weekend.

In addition, the whole cast received the award for Outstanding Choreography. “This award is thanks to the hard work of our student choreographers, Maddie Phelan and Mackenzie Barton,” said Olin.

For the High School Musical Theatre Awards, sponsored by Proctors and the Times Union, Schoharie’s production of “Newsies” was nominated for Best Set Construction.

“The directing team is very proud of this nomination,” Olin said, “as the set construction is done with student work, and the whole cast and crew works together to make the set cohesive.

“It also recognizes how we use our space creatively, utilize the set pieces we do have, and work as a unit to make scene transitions seamless.”

Olin noted that Schoharie is competing with 29 other schools of all sizes and budgets from throughout the Capital Region for High School Musical Theatre Awards. “We are proud to be considered one of the top picks in one of the categories,” she said.

High School Musical Theatre Award winners will be announced at a ceremony at Proctors on May 11 at 7 p.m.

Congratulations to all in the cast and crew of “Newsies” on their well deserved awards and nominations, and best of luck at the ceremony. 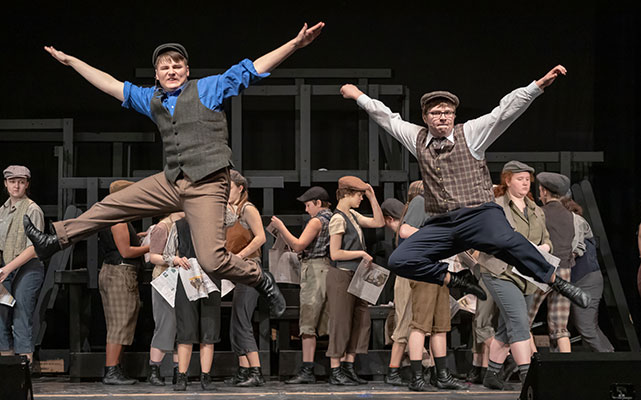 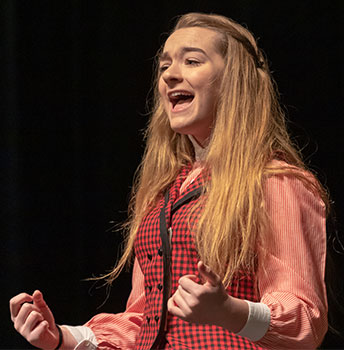 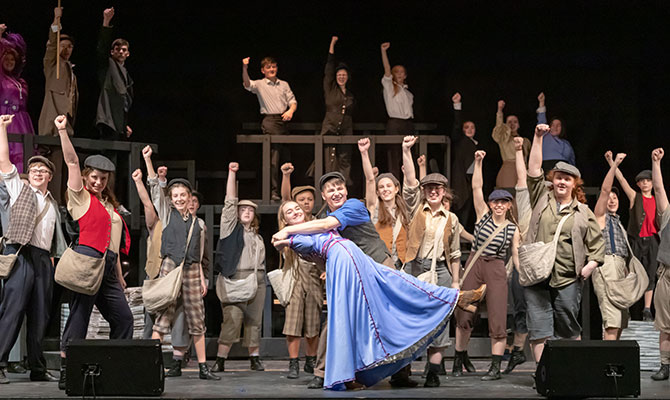