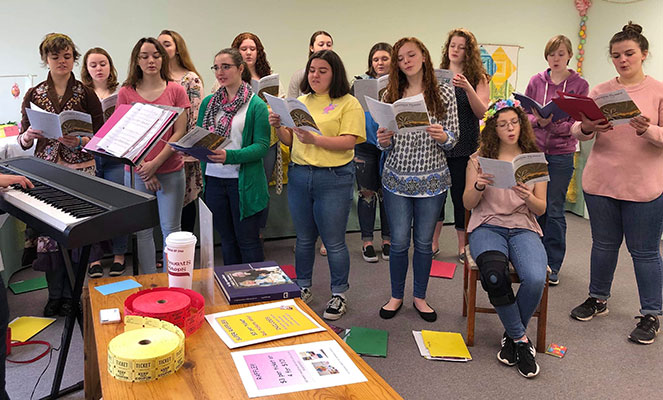 The SCS Treble Choir’s performance at the Easter Egg Museum in Schoharie  the weekend of April 6 marked the group’s fifth opportunity to sing as a service to their community.

The choir also sang during the Veterans Day assembly at SCS in Nov. and at the Apple Barrel during the holidays, and performed the National Anthem at SUNY Cobleskill during the Scho-burgh tournament and at SCS for the National Honor Society induction ceremony.

“Performing music is a wonderful way to give back to the community that serves our school,” said music teacher Carrie Styles. “These girls have been excited and willing to do so at every opportunity.”

The Treble Choir is in its inaugural year after being offered as a new elective at Schoharie High School this past fall. 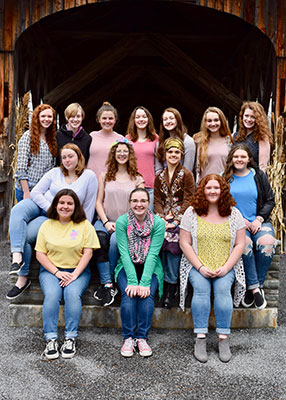