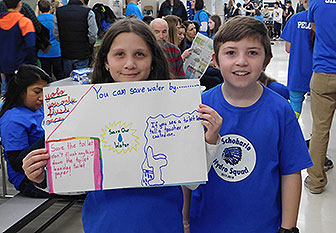 It was their school’s first team, first series of meetings and practices, and first official competition, but a group of Schoharie students embraced learning, preparing and participating in a national program centered on STEM and LEGOs.

Each team competed in four areas at the event: robot design and programming, a project presentation, core values (teamwork and sportsmanship) and a robotics competition. 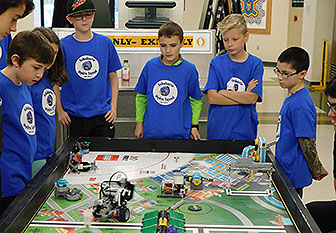 The Schoharie Hydro Squad earned exemplary scores in their project solution design and presentation. The judges also noted the team portrayed exemplary team spirit, citing them for “great energy for such a young team!”

The Schoharie Hydro Squad spent countless hours after school and on Saturdays preparing to represent Schoharie at the competition.

Special thanks to the families of team members who ensured students were present at meetings and the competition and congratulations to all.

FIRST LEGO League is a national program for students in grades 4-8 that builds teamwork, communications, creative and problem-solving skills through a program that also increases appreciation of science, technology, engineering and math (STEM).

Guided by two or more adult coaches, FIRST LEGO League teams research a real-world problem such as food safety, recycling or energy, and are challenged to develop a solution. They also must design, build, program a robot using LEGO MINDSTORMS®, then compete on a table-top playing field. For more information, visit: https://www.firstinspires.org/robotics/fll